Enelex has long–term experience with installing the thermal imaging systems in demanding conditions such as coal storage yards, waste sites and other facilities, mostly in the power industry. Most of our applications consist of thermal imaging fire prevention systems for monitoring surface temperatures of stored materials and of outdoor fire prevention systems in outdoor areas with high risk of fire.

We use our extensive experience with thermal imaging applications in designing new systems, and prior to starting design, we verify feasibility using the portable systems and studies, for example “Coal Self-ignition Process Study”.

Based on the customer’s needs, we propose a solution, draw up a price bid and project documentation, deliver and install the technology, train users and provide the servicing and maintenance.

Our surface temperature detection systems use FLIR ThermoVision® A series cameras that enable measurement of the surface temperature of buildings, processing technology etc. The special camera housing provides the option of installing a CCTV camera to monitor objects in the visible spectrum.

Cameras can be installed on a fixed mount, a pan/tilt head, or on other positioning devices. Special Enelex HE168 housings with an IR-transparent window allow thermal imaging cameras to be also used outdoors.

* Other options on request

Image transfer, recording and evaluation of image information and telemetric data is fully digital, and information on the monitored area is transferred in the best possible quality to the appropriate operator. The use of TCP/IP networking makes the system fully interoperable with Internet or Intranet networks. Digital s fire alarm or fire hazard detection systems operate automatically, with no operator intervention of the operator required.

In case of an alarm, image information is recorded for subsequent event analysis, including the alarm’s place and time. At the same time, the operator is informed of the fire and receives image information from the fire location – a view of the event location via both thermal imaging and CCTV cameras. 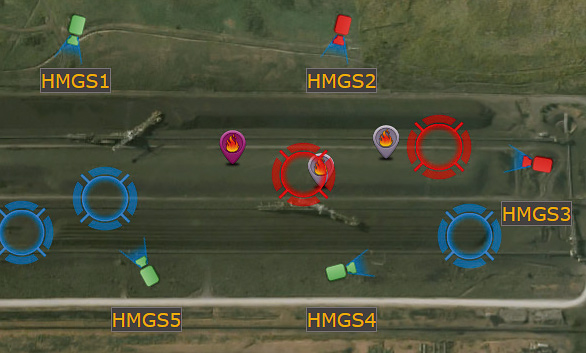 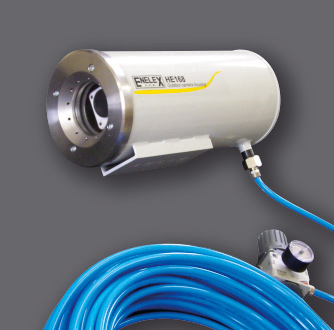 The system utilizes one of the most important advantages of top quality cameras – their ability to measure surface temperature of objects with sensitivity of 0.1°C or better. This feature enables thermal imaging cameras to be used not only for relatively simple night security system applications, but also for process control as a very accurate temperature sensor with unbelievably quick response to temperature change of a monitored object or process, and with the ability to record detailed process information. An indisputable advantage of thermal imaging systems is the ability to imultaneously measure several thousand points at once, thus replacing many measuring devices.

An air-cooled version of the camera housing connected to an air-processing unit is available for high-temperature or dusty environments. The dual-tube cover has a front window protected with an air barrier. It can be also used in outdoors in a wide range of temperatures. 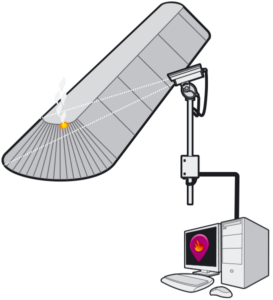 Since it is fully digital, the Enelex thermal imaging system is ready for full integration into various supervisory systems. Most frequently, the system is integrated into analog or fully digital CCTV systems. A positioning head controller enables integration of every thermal imaging camera, even into controlling PLC systems for production technology control or fire protection system, and at the same time it is able to store measurement and status data into individual database for diagnostic and maintenance purposes. 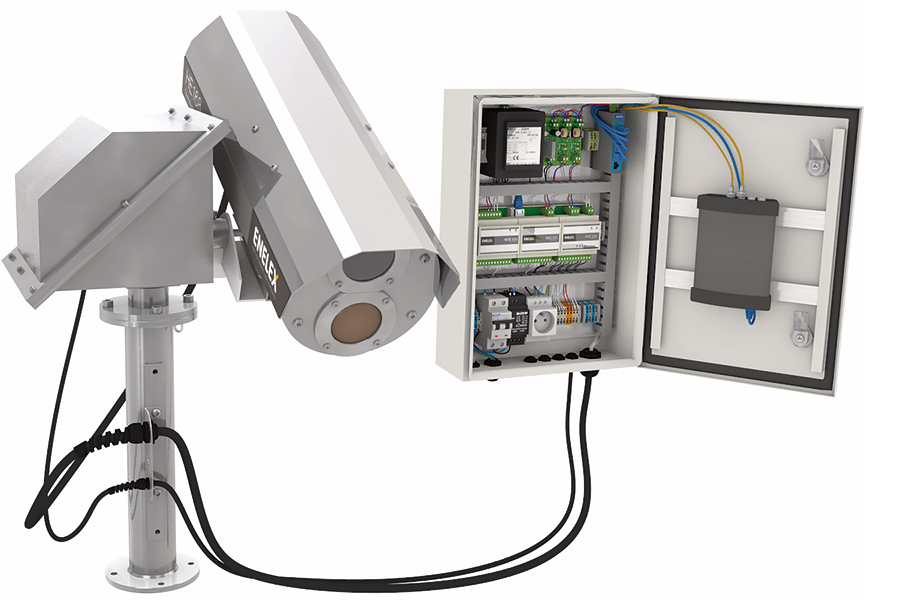 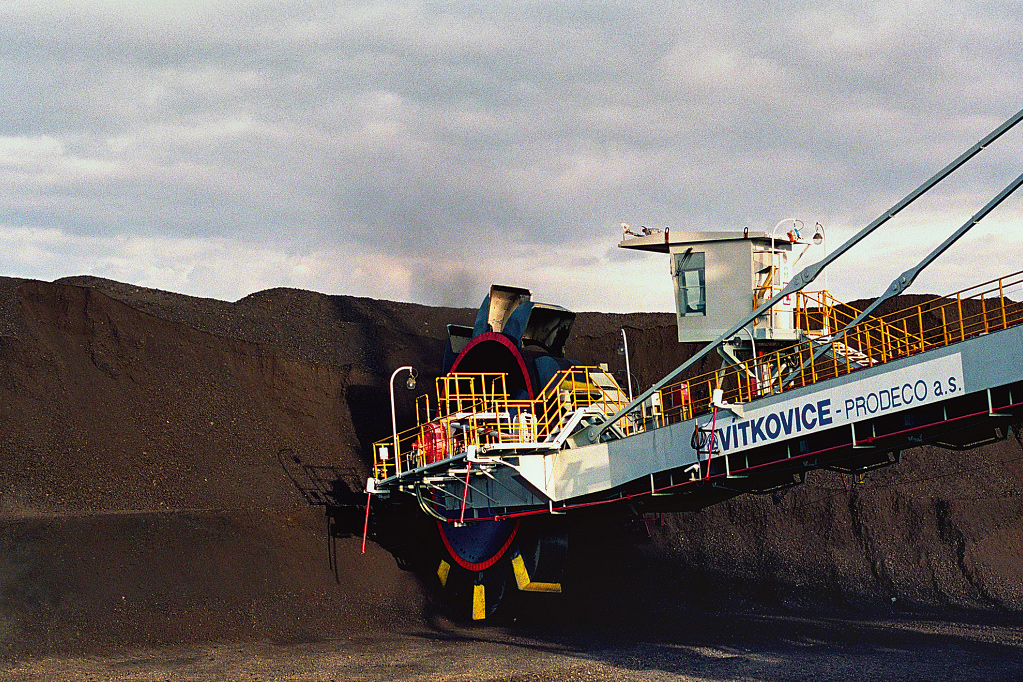 Storing coal is accompanied by complications, especially due to chemical reactions in coal, causing spontaneous combustion. An early-warning system for detection of spontaneous combustion and fire in stockyards prevent equipment and coal losses, release of dangerous gases and helps to protect human health.

The TCamBase surface temperature detection system is able to monitor the surface of the coal pile 24 hours a day. The system can detect critical areas and determines their location using a reverse temperature development evaluation function. In many cases, the system detects spontaneous combustion before any visible symptoms such as smoke or ash appear.

The system locates and evaluates temperature extremes on the surface of the pile, and in case of danger sets off an alarm. The operator has information on the current situation on site, including image information from Thermal imaging cameras and visual cameras installed at the measurement location. There are two alarm stages – a danger warning and an immediate emergency alarm.

At the stockyard, standalone measurement units equipped with thermal cameras on pan/tilt heads and a controller are installed. Depending on the storage yard site, 4 to 6 measurement units are usually used for nonstop monitoring of the site and temperature evaluation. They transfer information on their operation, suspicious areas and alarm events to the TCamBase server located near the dispatch room. Image information from suspicious areas is stored electronically for several weeks, while information on alarm event positions and system operation can be stored even for several years.

Individual measurement units operate independently of recording technology, individually evaluating temperatures in the monitored area. The system is designed to preserve maximum functionality in case of failure of some of its sections, even in emergency mode. The system works in fully automatic mode, and can be connected to several operator stations. 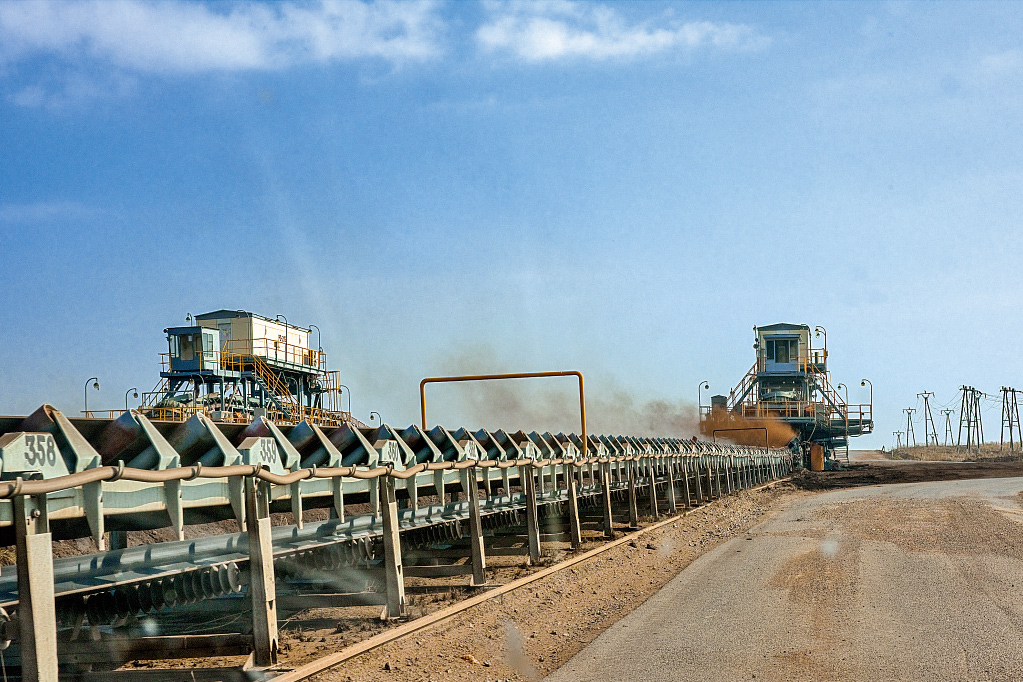 The system is able to detect hot material on the conveyor belt using Thermal imaging cameras and consequently to raise an alarm. The system can be a suitable alternative to traditional electronic fire detection alarms, which unable to react due to the speed with which hot material is being transported.

The conveyor belt protection system is either installed independently as a detector sensor, or as a part of a TCamBase stockyard protection system. The TCamBase system ensures complete archiving of data, events and measured values. The alarm can be connected to automated control to prevent coal transport into facilities such as coal silos or crushers, or can trigger an automatic fire extinguisher system.

The system can be also set to monitor equipment temperature (e.g. conveyor rollers) and thus reduce the risk of fire caused by a technical failure.

The system is usually installed as the part of a CCTV surveillance system. It is intended for perimeter protection, especially in difficult conditions. It can detect intruders in total darkness without any additional illumination, in fog, rain or through bushes. The thermal imaging cameras used detect the heat given off by objects, so it offers exceptional performance in detection of persons, animals or machines.

The system uses Milestone XProtect™ software to combine a number of network or analog cameras into one or more servers. The network server provides a range of operations required for protected area monitoring. The system’s open structure supports a wide range of cameras and manufacturers.

All the camera application requirements are analyzed individually for each installation location according to customer needs. These can include monitoring of critical locations specified times, interconnection of alarms (PIR sensors, motion detection) with PTZ positioning of the cameras. The functions are provided automatically based on the system settings. 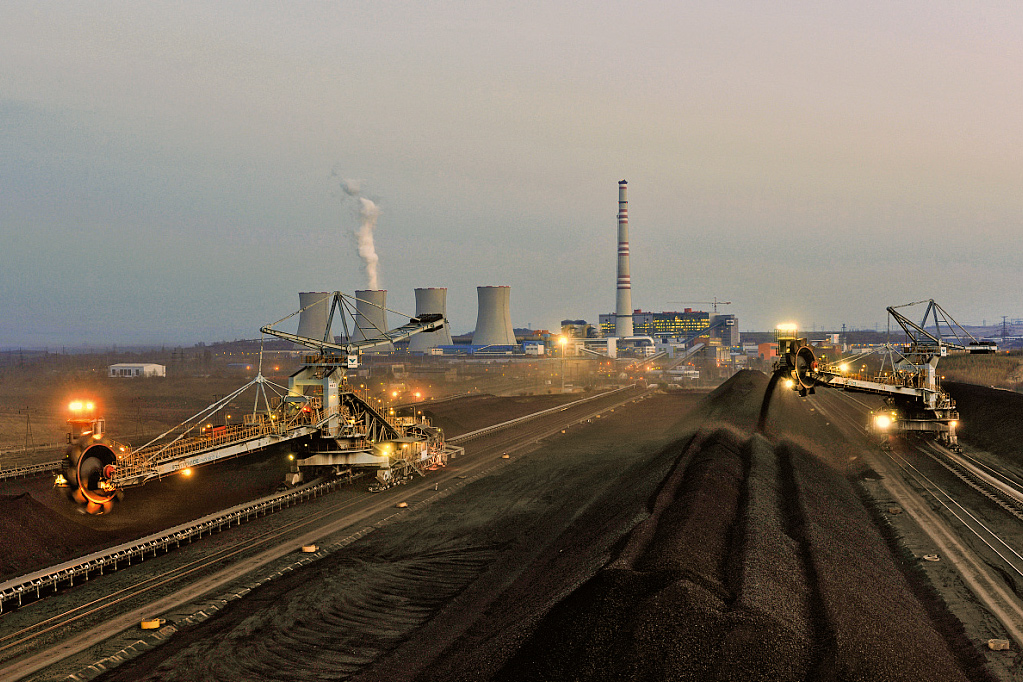 A fire in an industrial facility is not only dangerous for the immediate area, but it is above all a source of pollution. Protection of outdoor areas in industrial facilities is very difficult task for conventional fire-detection systems.

By appropriate installation of Thermal imaging cameras, it is possible to monitor large areas with no need of installation of extensive infrastructure while ensuring reliable monitoring of temperatures even over several hectares (flammable materials storage, conveyor belts, transfer areas, transformers and other important facilities or equipment). In case of the set temperature limit is exceeded, an alarm is triggered immediately. The alarm location is illustrated on the operator’s monitor using the TCamBase software.

The thermal imaging cameras can be used to monitor critical parts of the production lines or other technology which is prone to destruction or ignition caused by overheating or faulty operation. To monitor the critical technology there are usually installed the fixed mount cameras to guarantee full time monitoring and quick reaction time.

Single camera can monitor several detection zones within the field of view, each with different detection parameters. Each detection zone can have set different alarm temperatures and also different trend detection algorithm setup. The critical technology can be protected both to detect fire and monitor the unit working temperature to indicate any deviations from normal operation. Complex set of digital filters allows to ignore any false alarms. 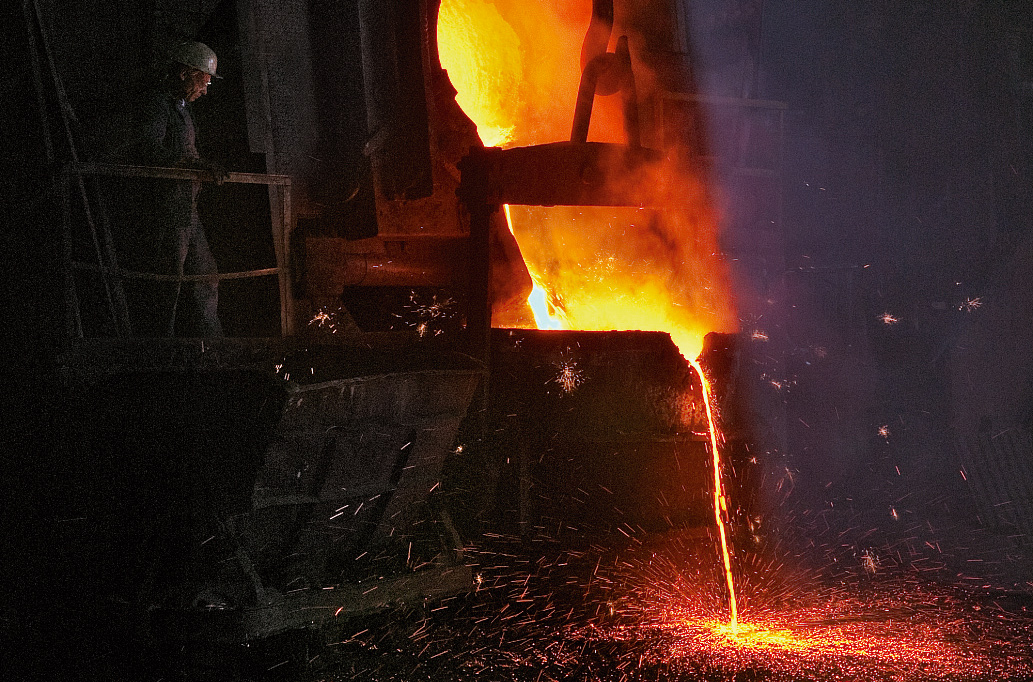 Thermal imaging cameras have various possible applications in the steel industry. The cameras can measure high temperatures and display an object’s thermal field distribution. The cameras can be installed in special HE168 COOL air-cooled camera housings to provide proper operating conditions. An advantage is that not only can temperature differences be used, but also the emissivity of materials (the ability to emit heat based on object temperature).

A system for monitoring and evaluation of casting ladle surface temperatures detects lining wall defects and enables their servicing intervals to be adjusted. Thermal imaging cameras are placed suitably to determine the surface temperature of all critical areas of the ladles. The system detects suspicious areas, and based on parameter settings, informs operators of eventual danger.

The process of slag detection in a stream of steel uses the difference in emissivity between steel and slag to detect slag presence automatically. The system monitors the virtual detected temperature and its dramatic changes during presence of slag. Measured data and image information is stored for later analysis. The operator screen displays a thermal view of the area, virtual temperature value and slag detection alarm information.

The slag detection alarm can be interconnected with ladle positioning control to automatically stop the pouring of steel if slag is detected.

Another possible application for Thermal imaging cameras is monitoring and controlling of the cooldown process of cast or forged pieces to improve production quality.